At one time, the angels were gathered right before the moment of the first Christmas. They were all discussing ways of announcing the Messiah’s birth. One veteran angel said: “Let us gather the heavenly host, an army of our kind, and appear to the people in the heavens right above them. Let us display our power and shine a heavenly light around them. Let us sing of God’s glory and announce our presence with loud trumpet sounds. Let us declare the coming of the Messiah, the Savior of the world.” Everyone seemed to agree, except one young angel.

This young angel suggested something different. She said: “Why don’t we tone it down a little bit so that we do not scare away these earthlings. Let us use a gentle twinkling star instead. We can use a star from the east to encourage the people to search their sacred writings of a prophecy about the birth of the Messiah. Then, we can move this star to guide those who are willing to look for the Messiah.” All the angels disagreed with her, and followed the idea of the veteran angel. So, that night of the Messiah’s birth, one Chief Angel looked around for a good place to make the cosmic announcement. She chose a particular field where people and sheep were huddled together in one area.

“There were sheepherders camping in the neighborhood. They had set night watches over their sheep. Suddenly, God's angel stood among them and God's glory blazed around them. They were terrified.” (Luke 2:8-9. MSG).

The Chief Angel saw the fear in the people’s eyes. She raised her hand and stopped all the blazing light and the sound of the marching army. She said: “Let me talk to these earthlings and go down to their level so that they can understand the announcement we are making.”

“The angel said, ‘Don't be afraid. I'm here to announce a great and joyful event that is meant for everybody, worldwide: A Savior has just been born in David's town, a Savior who is Messiah and Master. This is what you're to look for: a baby wrapped in a blanket and lying in a manger.’” (Luke 2:10-12. MSG).

At that moment, the angels saw the fear vanishing from the people’s faces. They started talking to each other with excitement. They wanted to see the Infant-Savior that they have heard from their grandmothers and grandfathers. It is at this point that the veteran angel made another suggestion. He said: “I think this is a good time to continue our announcement with singing and loud cosmic celebrations.”

“At once the angel was joined by a huge angelic choir singing God's praises. Glory to God in the heavenly heights, Peace to all men and women on earth who please him. As the angel choir withdrew into heaven, the sheepherders talked it over. ‘Let's get over to Bethlehem as fast as we can and see for ourselves what God has revealed to us.’” (Luke 2:13-15. MSG).

At another time, about two years later after the first Christmas, the angels were gathered together to discuss some ways of announcing the coming of the Messiah to the people from the East. One young angel suggested using a twinkling star to encourage the people to search their sacred writings and guide them to where the Savior was staying. And all the angels agreed with her. You know the story right? You can read this in The Gospel of Matthew 2:1-12, the Story of the Magis.

This is only a preview. Your comment has not yet been posted.

The letters and numbers you entered did not match the image. Please try again.

As a final step before posting your comment, enter the letters and numbers you see in the image below. This prevents automated programs from posting comments.

Having trouble reading this image? View an alternate.

(Name and email address are required. Email address will not be displayed with the comment.) 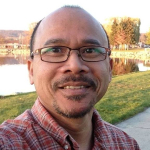